Product empties are my favourite type of post to read and I really enjoy saving my rubbish for you all! I always planned to do these posts quarterly but I can’t believe how much stuff I’ve gone through! So much I’ve had to split this into two posts!

Part one is the makeup and haircare I’ve used and thoughts on if I would buy again. 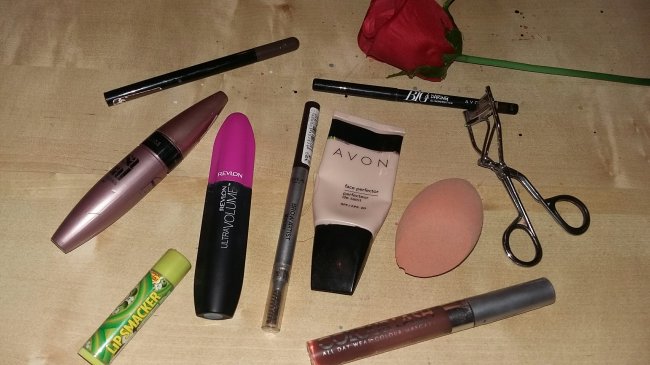 These are two of my fave mascaras so will probably get repurchased some point but I have too many to use at the moment!

Repurchase? Yes but not yet

I used this as a brow gel. There is still about a third of it left but it’s a transparent tube so I could see how messy it was getting!

I noticed there was a tiny bit of product left in this too but it wasn’t my favourite so I haven’t made the most of it. It has SPF in it which I liked but didn’t seem to work well with other products on top- it sometimes balled up under makeup.

I go through brow pencils so fast! The L’Oreal one was a touch too dark for me but I’ve had a few hair colours since I got it!

Repurchase? Yes to both

I used to swear by Glimmerstick and do still like them, especially brown but I’m not wearing eyeliner as much I used to.

Repurchase? I have a few in my stash but no Avon rep currently so I can’t anyway!

This was the lip balm I kept on my desk at work but it’s not the best for dry lips. I also managed to ruin this and the raspberry variety before they were even half done!

Not technically makeup but my beloved sponge has seen better days and was no longer looking fresh after washing.

These were just cheap ones from a Christmas gift set but they broke on me so I grabbed new ones to try. 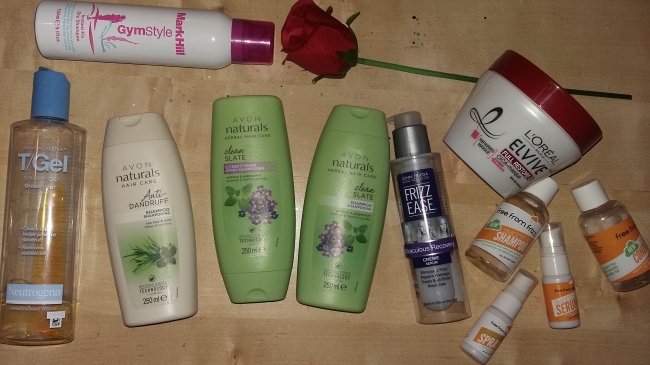 My mum bought me this for Christmas but I’m struggling to find it online. Anyway, I really liked it- nothing amazing but it did the job with no white cast.

Repurchase? I would if I could!

I can’t do a product empties post without mentioning this shampoo. I get through a lot of the stuff as it’s mostly all I can use for my scalp.

Repurchase? Always. I have multiple backups from a recent 3-for-2 at Boots.

I used this when I’d run out of Neutrogena and it did an okay job but nothing spectacular.

This was the in-shower set we had that I used a few times when I wasn’t using a scalp treatment. My boyfriend used them more than me so I asked his opinion but he just said he wasn’t keen on the scent.

Repurchase? Maybe if I could

I’ve had this so long, I don’t think they make this exact serum anymore! I liked it when I first got it but then I didn’t really notice what it was doing for my hair.

Repurchase? I’d consider the newer versions of this but I want to try different serums too

I used this mostly in conjunction with the shampoo and conditioner from the range, which I finished up in my last empties post. It was okay but I didn’t notice any amazing effects.

This was a cute sample set I picked up in a Tam Beauty haul. The shampoo and conditioner smelt nice but I found the packaging made it difficult to get product out. The spray and the serum did pretty much the same thing so I definitely wouldn’t need both of them but I might get the full size of one.

Repurchase? Maybe something from the range

Look out for part two which will be skincare, bath & body and any misc products! x